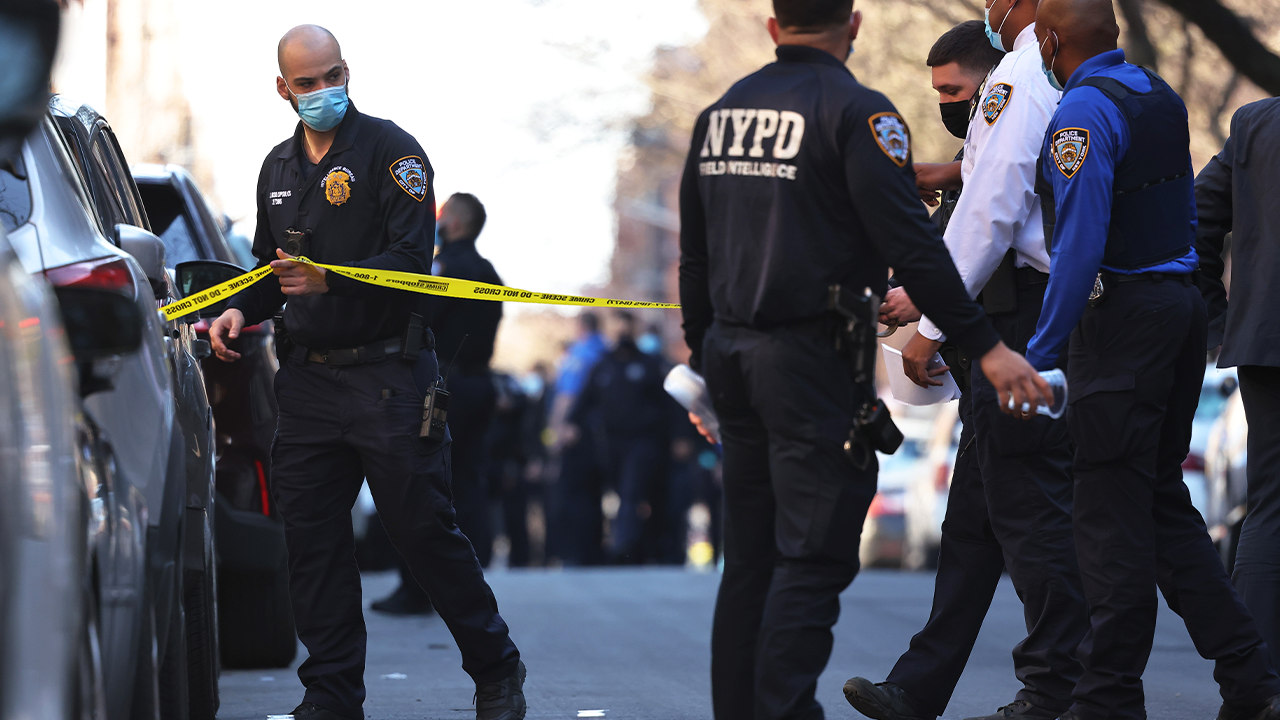 The Forest Hills mom found dead in a hockey duffel bag spent some of her final hours puttering around her yard and enjoying a night out  — before video caught a mysterious figure apparently lugging her makeshift casket down the street.

Cops are now trying to piece together how Orsolya Gaal, 51, went from a seemingly typical stay-at-home married mom of two to slay victim.

“It’s a mystery,” an NYPD official told The Post on Sunday. “Now it’s a question of piecing together everything she did that night.”

The source said that during Gaal’s final hours Friday, “She goes out. She goes out with friends.

“We’re pulling video and receipts from those places” she went to, the source said.

“[Then] around 4:30 a.m. [Saturday], you see somebody rolling this [duffel bag] down the sidewalk from multiple cameras,” the source said.

NYPD officers respond to the scene of a shooting that left multiple people injured in the Flatbush neighborhood of the Brooklyn borough on April 06, 2021 in New York City. On Friday, a 16-year-old girl was fatally shot anf two other teenagers were injured, police say as gun violence continues to plauge the city.
(Michael M. Santiago/Getty Images)

“[Cops] actually traced it backward from the scene to the house,” the source said, referring to a blood trail from the bag.

“She knew the people she was out with,” the source said of the victim. “We’re talking to them. We also have to figure out, did she meet some mysterious stranger along the way?”

Neighbors of Gaal — whose body was discovered less than a mile from her home by a dog-walker around 8 a.m. Saturday — said they were shocked by the violence.

“I saw her [Friday] in her backyard,” said John Blankson, who lives next to the family’s stately Tudor-style home.

“We share a common backyard with [her] dog,” the resident said, apparently referring to an adorable little brown pooch that Gaal posed with in a slew of Facebook photos on her page.

“[Saturday] morning, we were like, ‘Why can’t we hear the dog this morning?’ It’s super shocking,” Blankson said.

The NYPD said Sunday that surveillance footage from the area captured “an unknown individual” dragging a wheeled duffel bag from the direction of Gaal’s home. The hockey bag containing her corpse was discovered about four and a half hours later, and cops followed the blood trail from it to the side door of her Juno Street home, authorities said.

“He stated he lives at the location but does not know where she is,” cops said in a statement.

The boy was taken into custody to be interviewed and later released, law-enforcement sources said.

The high-up NYPD source added to The Post that detectives don’t believe the boy left the house overnight.

Gaal’s husband, businessman Howard Klein, was reportedly in Portland with the couple’s 17-year-old son on a college hunt at the time, according to social-media posts.

Klein told The Post on Saturday that he was on his way home while repeatedly saying the family’s lives “are at stake.

“There are concerns about our safety, he said. “Our lives are at risk.”

In a since-deleted tweet announcing his recent out-of-state trip with his son, Klein also made a pitch for hedge-funder Bill Browder’s book about Vladimir Putin.

The book is subtitled “A True Story of Money Laundering, Murder and Surviving Vladimir Putin’s Wrath.”

According to sources, Gaal was previously reported missing in May 2020 but later surfaced.

The couple’s older son also went missing in 2004 but was later found, too.